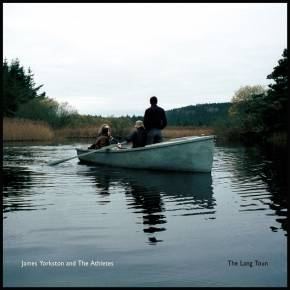 This first appeared on Fence Records Sampler #3, along with others of Fife’s finest such as King Creosote, Lone Pigeon, UNPOC, Billy Pilgrim, and more.Then along came Domino (catalogue number RUG136T), and it was James’ first release with the cheeky chappies from Putney. Kieran Hebdon remixed the song, providing the B-side for the two track 10″ limited release.This has been described as haunting, disturbing, shuffling, and all sorts of other things besides. It was a 5 star vital release in Muzic, and Ministry single of the month. Sadly, another one that you can’t buy anymore.