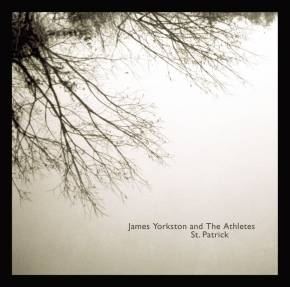 James’ next release for Domino was St. Patrick (as previously released on Bad Jazz) but this time as an ep, and for those of you stuck in the digital world of compact discs, this is the one for you. This had four tracks, St. Patrick, St. Patrick Vitus Remix, Catching Eyes and Blue Madonnas. Except for the title track, these songs are not available anywhere else. But if you don’t have it already, you’re too late… this one sold out too. The 10″ is still available, though – but with only 2 tracks here.