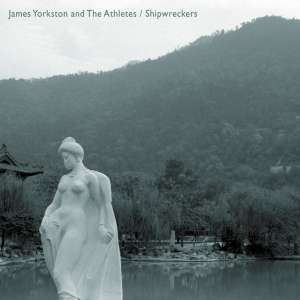 The first single release from Just Beyond The River It’s a remix by Bacon and Quarmby. It sounds nice ‘n’ shiny.The CD also features James’ original demo version of Heron, as well as The ‘A’ of the Oboe, taken from James Yorkston and The Athletes Picket Fence C12. None of those sound nice ‘n’ shiny. But they do sound nice, which is half the battle.
The 7” features The Route To The Harmonium – which sounds like an angry wasp, trapped in a jar. It can be bought here.