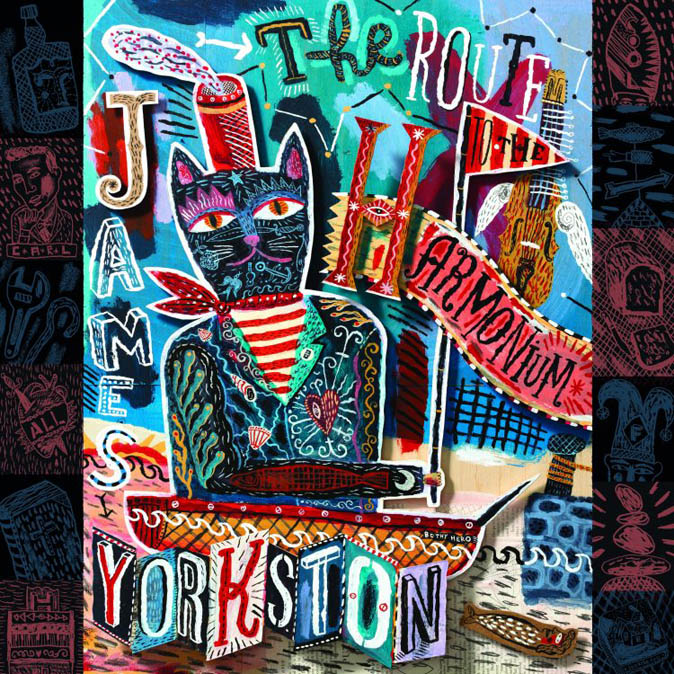 James Yorkston announces new album The Route to the Harmonium James Yorkston will release his new album The Route to the Harmonium on Feb 22nd 2019; produced by Yorkston and David Wrench, it is James’ first solo record since 2014’s Cellardyke Recording and Wassailing Society (CRAWS) and follows the two collaborative albums he made as one third of Yorkston/Thorne/Khan as well as the release of his debut novel Three Craws in 2016. Alongside the announcement, James has shared new song ‘My Mouth Ain’t No Bible’ – one of three thrilling spoken-word pieces on the record. It thrums insistently, military snares punching away, Yorkston’s delivery interplaying as two competing voices, one of himself, the other a lost musician friend, “a spare hand, a hired hand, a deck hand” who was unable to prevent self-destruction.

Watch the video for ‘My Mouth Ain’t No Bible’ here.

Watch the video for ‘Shallow’ here

The album was almost entirely recorded by James himself, in the small Scottish fishing village of Cellardyke, where he lives. Yorkston’s studio is a ramshackle old loft space, originally used to repair fisherman’s nets, and now stuffed full the antique instruments James has collected throughout his life as a musician. Having created hours of recordings, James called up his old collaborator David Wrench – the mixer and producer who has worked with the likes of Caribou, Four Tet, Frank Ocean, FKA Twigs and David Byrne – and someone who has worked on James’ albums since 2003 – to help make sense of the sessions.

The Route to the Harmonium (or, ‘the search for peace’) is intensely personal; it’s the sound of home, of undisturbed craftmanship. Listen closely and you can imagine him putting it together. Overlaying vocal and guitar tracks, adding further with Dulcitones, harmoniums and autoharps, with nyckelharpa, the distinctive Swedish stringed instrument given to him by a friend. And friends and family, past and present swim all over his songs. Remembering them, and those you’ve shared life with, those who leave and those who remain, is the strongest thread running through these affecting, extraordinary songs. This is Yorkston’s world and could be nowhere else in music.

James adds: “I guess, as a musician and writer, I find myself reacting to what goes on around. So, this album is about life, the life that carries on around me. There’s family, place, and the being away from family that the life of a touring musician brings… But there’s also reference to friends departed – the hows, the whys – When a friend jumps ship it’s always a haymaker to the gut, you know? And this album is about them, but it’s more about us, us who are left behind…”